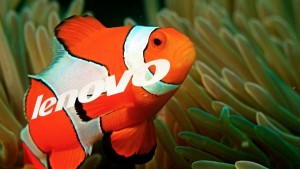 Last Friday I wrote about Lenovo selling laptops with Superfish adware and it got me thinking about what else could be on your laptop. When you buy a laptop or a desktop computer, you normally have three choices. You can buy one that runs on Windows, you can buy an Apple Mac which runs on OS X, and you can buy one that runs on Linux. If you buy a computer from Apple or one that runs Linux you will never have to worry about bloatware as they won’t be preinstalled on them. If you also build your own computer that runs on Windows you will not have any bloatware on it as it will only have Windows plus any other software that you installed on it

Computers are bought to be used for a variety of different tasks including:

A computer is not bought to spy on you or steal your data and you should not expect to have your privacy compromised. When you buy a computer that has Windows already preinstalled, it will come with bloatware and possibly hidden software that you may not know about. You will probably be wondering what bloatware is and what does it do to your computer. Bloatware is software that comes preinstalled on your computer and it can be trial versions of software or Metro apps (the colourful tiles that appear on the Start screen). Anti-Virus software and games are the main bloatware culprits and have been known to cause problems especially anti-virus software.

Lenovo CTO Peter Hortensius wrote an open letter on Lenovo’s website yesterday indicating that Superfish is indeed a security risk and more serious an issue than they stated last week. There is also one lawsuit filed against Lenovo in the U.S. with more pending. One hopes this is not the tip of the iceberg and that other computer companies have not preinstalled hidden software. You don’t want to be thinking what could be on your computer.